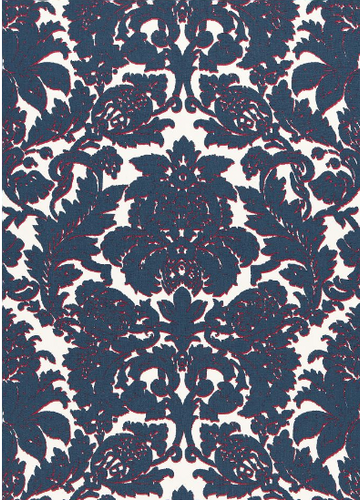 Inspired by a 17th century Italian textile, this damask is given a youthful burst of energy. The graphic pattern depicts a pomegranate, which is a symbol of passion, generosity and motherhood and is the emblem of Alessandra Branca's design firm. Reinterpreted as a linen print rather than a traditional weave, Melograno's classic design is rendered vividly through a large scale and an unexpected contrasting drop shadow which creates an added third dimension. The colorways include a sophisticated fuchsia and grey, a powerful rouge and grey, and the striking Prussian blue and rouge combination.

This product hasn't received any reviews yet. Be the first to review this product!

All prices are in USD.